17 great podcasts that aren’t Serial, StartUp or This American Life

It’s 2015 and everyone’s going bonkers over podcasts like it’s 2006 (I remember you, Odeo!). Obligatory references to Serial and StartUp go here.

But as the Gimlet Media folk have alluded to, there’s currently a lack of tools to help discovery (especially if you’re a non-iTunes user). So for the past few weeks I’ve been digging into the podcastiverse and sampling a variety of aural delights outside of the big guns mentioned above. These are some of my findlings.

Radiotopia is the name for a loose network under which a variety of interesting shows exist. Radiotopia was set up via Kickstarter by PRX (the funky arm of US public radio) and largely driven by Roman Mars, who runs 99% Invisible – this is billed as a podcast about design & architecture, but like the best ones it basically just tells good stories. A recent favourite: ‘On Location‘, about The Bradbury Building in Los Angeles and its history as a location in the movies.

(Side note: there’s a fair amount of rising intonation and vocal fry in podcast-land – Roman Mars’s poised, authoritative monotone is a welcome contrast.)

Some other good stuff from Radiotopia:

In short: listen to everything on Radiotopia at least once and I reckon you’ll find something you’ll like.

Other US public radio goodness 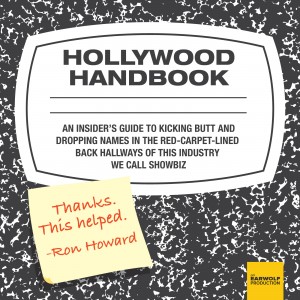 With over two dozen comedy shows on its network, Earwolf‘s output is always going to be hit-and-miss – but when it’s good it’s a delight. My favourites thus far:

So, what did I miss? There’s enough good stuff out there to warrant another list of links at some point in the future. Let me know what I should include – you can comment below or tweet me @stu_waterman.